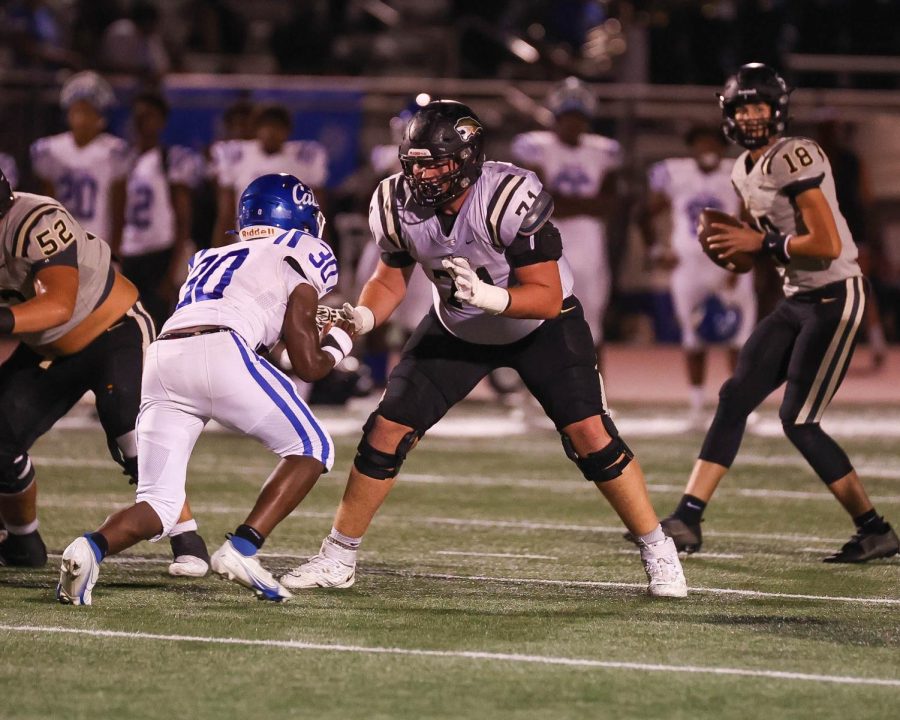 Football season has begun and students and fans alike are excited for the return of offensive lineman, Tanner Welch. Returning for his senior year, Welch says that it feels like coming home. “I was happy to come back and see so many people I recognize. It made me feel more comfortable during practice.” Being able to work with familiar faces has Welch thrilled for this season. The left tackle believes that one win is enough to get the ball rolling to have a great season this year. Welch added that it is really important that people come out and support the team. The support of the fans is what drives them, and he emphasizes that students should come out to the Brandon game. “I feel like it is going to be a fun game since they are the biggest rivals,” the senior explained.” “It is going to be a big game, so it’s definitely one to come see.” Northwest plays Brandon in an away game on October 28th, so let’s plan to go out and support our Cougars! Since this is Welch’s senior year, he was asked about the legacy he would like to leave behind at Northwest. He said that he hopes to be remembered for being able to have a positive impact on the team on and off the field. He not only wishes to be seen as a player but also a leader that the team could be proud of.

The Northwestern • Copyright 2023 • FLEX WordPress Theme by SNO • Log in